Well, it's that time of year again!

Actually, with things being the way they have been, I finally had to acknowledge that I would not be able to do our Christmas tourtiere this year.

So my daughters are doing them, instead. 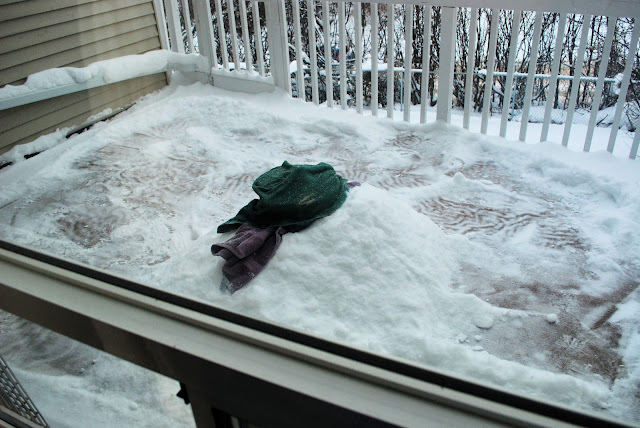 They're not going to be the same as our usual ones, as we weren't able to get the variety of meats we normally use, but the basic recipe is the same.  We also won't be making as many as we usually do - probably just 3 or 4 pies.  It's still enough to use the big pot, though, which won't fit in our refrigerator.

My daughters made the filling, and now the pot is on the balcony, in its own little meat nest in the snow, to cool down.

Hey, if we're going to be colder than Mars, we may was well take advantage of the situation!

Email ThisBlogThis!Share to TwitterShare to FacebookShare to Pinterest
Labels: at home, Christmas, food and drink, fun